The path to true democracy

Buried beneath the company town indentured servitude of modern capitalist life, and its digital and pharmaceutical distractions from the drudgery of wage slavery, is the fundamental, tripartite freedom-power-capacity that defines being human: you can think, you can use language to communicate, and you can work with others, from one other to multitudes, to get things done, make things happen, and create things.

You can think, you can talk, you can work with others. Together these three abilities constitute the fundamental human freedom and power to CREATE REALITY through shared language, values, and practices. And (this is crucial) that freedom-power is always there. It may be obscured and twisted to the ends of those wielding power, but it doesn't go away – it is what it is to be human – and it's radical, "radix," meaning it's all the way down at the roots of society. So in this way, this tripartite freedom/power constitutes the always-there potential for a starting-at-the-roots sociocultural remake that, over time and in cooperation with others, constructs a proliferation of new social realities in which voluntary participants use their freedom and accept their responsibility to work together to create the best possible societies they can at any given point.

So RIGHT NOW, if we choose to, we can use our human freedom and power to start creating new societies right here in the middle of the company town. First we identify shared values about what it means to be a good person and have a good society, and then determine to start trying to live according to those values, including, over time, seeking out others who are on the same path and creating societies with them. Our human freedom-power to create reality lights the path to social revolution – start finding ways to live new values and it is on.

Drawing on the Enlightenment tradition of which we are a part, I propose the following five interrelated social-civic values as good ones upon which to start creating a true democracy revolution:
Step 1) HUMAN DECENCY
At birth, every human being is equally deserving of respect and equally deserving of a society where she or he can live a good life.
Step 2) THE GOLDEN RULE / MORALITY
Good citizens and decent people live by the following principle of morality and freedom: do unto others as you would have them do unto you, or your children or mother or whoever you care most about in the world. The golden rule demonstrates that morality ("the way a person should act") is SOCIAL; it's about how you treat other people and the extent to which you consider how your actions will affect other people. *
Step 3) DEMOCRACY
With golden rule-morality as the starting point, the ideal political form is what can be called "true democracy," which is to say that people govern themselves – any governing is by and for the people being governed in any particular situation. Wouldn't you want the opportunity to participate in any decision that affects you? The golden rule demands we extend that right to all. And that is true democracy. **
Step 4) JUSTICE
Within the open-honest-thoughtful discussions that make up the political process of true democracy, good citizens and decent people will consider the good of everyone affected by the decision to be made, as called for by the golden rule. If people try to argue for a course of action based on selfish self-interest, good citizens and decent people will recognize and critique such positions as anti-democratic.
Step 5) FREEDOM
Live and let live; look kindly on people, both generally and specifically; feel free to find and create ways to be happy and enjoy life any way you can without hurting or infringing on others.
We have the freedom and the power to create true democracy. 'All' we have to do is believe in it (concur with the credo) and then start finding ways to enact it, especially in cooperation with others who are on the same path. It won't always be easy, but it's the right thing to do. And the resulting societies, as the products of the democracy enacted by free, responsibility-assuming people, will be ongoing utopias – the best societies free people can create at any given moment.
_________
* Important aside (1): In other words, morality is not a code laying down specific "don't dos" and "do dos" in order to be a good person. If you personally want to ALSO live by some code of ethics with strict rules of what you can and cannot do, that's your business, you are free to do so as long as it does not interfere with anyone else. We have the right to expect people to act morally, but good citizens and decent people do not try to impose their particular ethical code on anybody else who does not choose to live that way.

** Important aside (2): Fundamental respect for our fellow humans, and the consequent application of the golden rule, means that decisions in true democracy are not determined by 51-to-49 votes; they are decided through open, honest, thoughtful discussions aimed at consensus, and if no consensus can be reached, when about 2/3 of the people agree on a course of action, the other third should accept the democratic decision and go along, or else break away 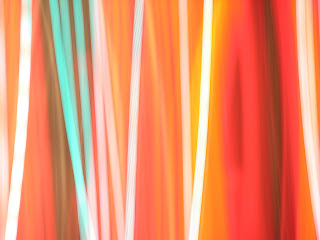